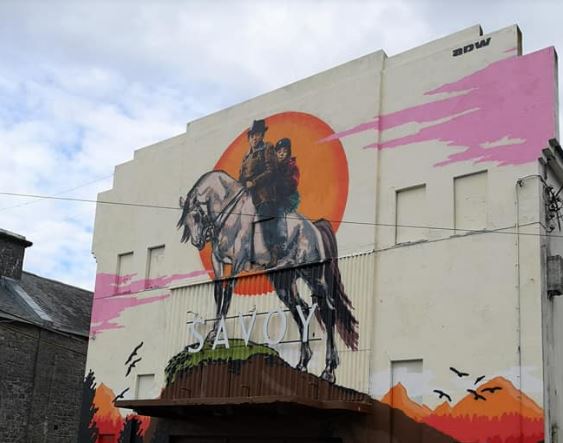 As part of Cruinniú na nÓg, Sat June 15, children and young people across Laois gathered outside the Old Cinema, Market Square Portarlington for the launch of the site-specific mural created by wonderful artist, ADW, paying homage to the iconic film ‘Into the West’ (1992) which also saw a number of FREE screenings of the magical film taking place in the adjacent Church of Ireland Hall . A trip down memory lane for many local people who were ‘extras’ in the making of the film, holding a special place in the folklore and the hearts of the towns people, as well as the opportunity to introduce this beloved and enchanting film to new and young audiences. Into the West star Ruaidhri Conroy who played Tito (Tayto) made an appearance and posed for photos with the public.

A wonderful day was had by all!