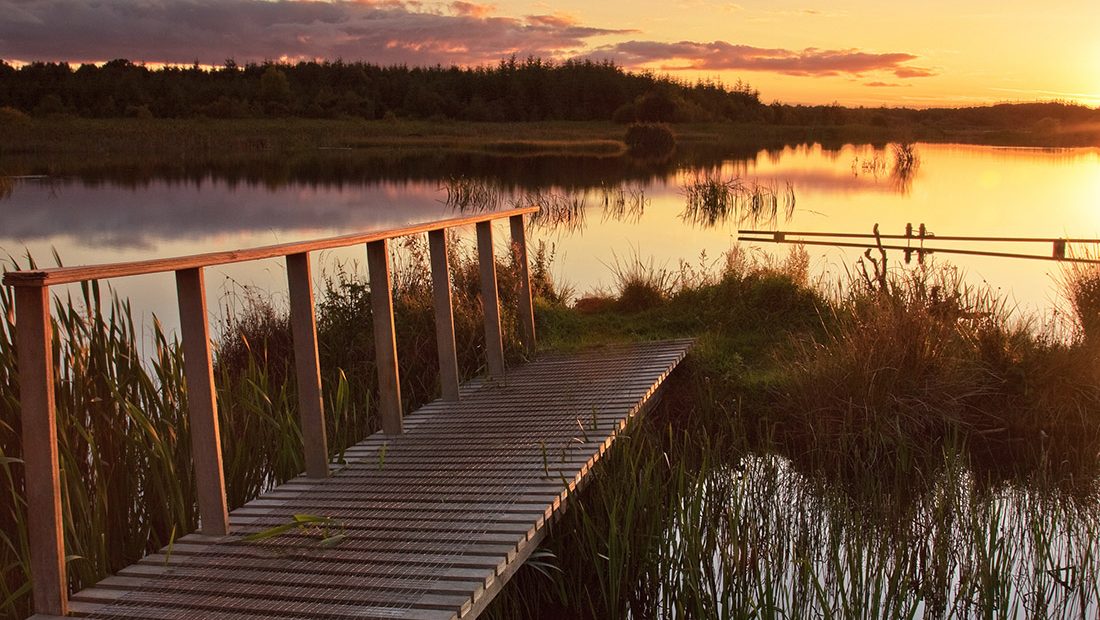 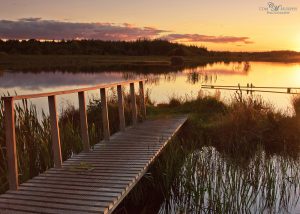 Derryounce Bog was originally purchased by Bord na Móna and developed as part of their greater Clonsast group of bogs in the mid-20 th Century. The bog was cut for sod peat by Bord na Móna over several decades with peat supplying the old power station at Portarlington. The remaining cutaway bog was planted with a conifer plantation by Coillte. Industrial peat production ceased in the 1980s. With the lowering of ground levels during peat production, a basin was created in the central area. After peat production ceased, this area flooded permanently, after pumps were turned off to empty the basin. The flooded area is now known as Lough Lurgan. There is an area of dry grassland and wood on a small hill to the west of Derryounce Lake. This area is known as Nugent’s Hill and maps from the turn of the 20th Century show evidence of human habitation there together with a well and a spring. The well was clearly important in the locality as there are paths leading from it across Derryounce Bog to Portarlington, Monavane and Cushina. Local anglers also confirm the presence of springs in Lough Lurgan. Derryounce Lake was formed artificially through the digging of a hollow down to the sand layer below the peat. Some of this sand was deposited at the edge of the lake and it now forms an unofficial inland beach often frequented by families and individuals in summer months. PCDA regards Derryounce Walks and Lakes as a valuable asset for the town and hinterland. The area already offers ample opportunity for local residents to walk and recreate in. It is used by a wide variety of people, including walkers, anglers, naturalists, photographers and people who want to experience its peace, tranquillity and Scandinavian vistas.
These two lakes, together with the surrounding wetland vegetation and forestry areas, form the core of the amenity area known as Derryounce Lakes and Walkways, leased by PCDA from Bord na Móna.